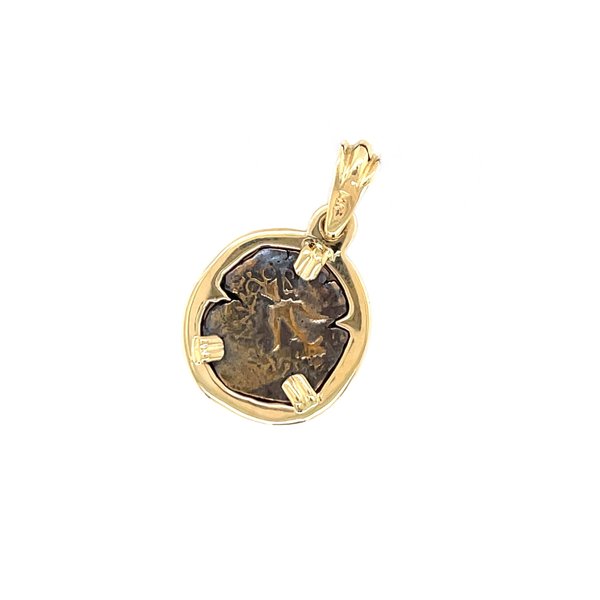 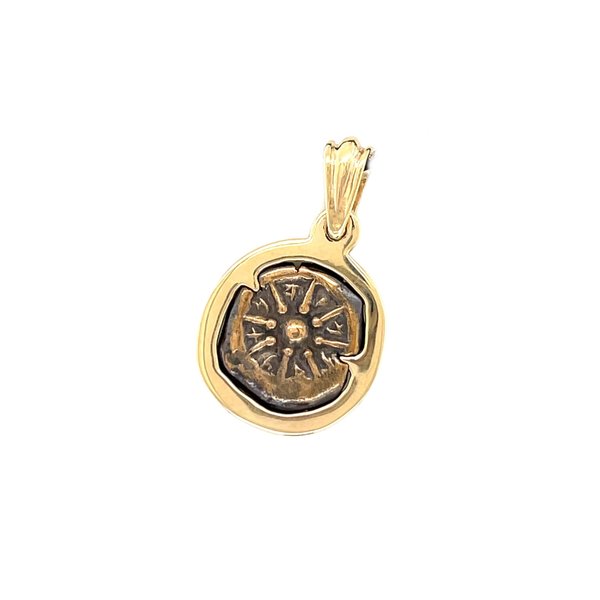 These bronze coins -known as Widow’s Mites- were issued under the rule Alexander Jannacus, 103 – 76 BC. The symbol seen on the obverse of the coin is commonly referred to as an anchor; a wheel-like design is displayed on the reverse.

These smallest of Roman coins circulated during the Biblical time of the New Testament They are called “Widow’s Mites” because of the story in the Bible about a poor woman who gave money to the treasury of the Jewish Temple in Jerusalem. The passage appears in Mark 12:41-44 as follows:

“And Jesus sat over against the treasury and beheld how the people cast money into the treasury and many that were rich cast in much, and there came a certain poor widow, and she threw in two mites, which make a farthing.

And he called unto him his disciples and saith unto them, Verily I say unto you, That this poor widow hath cast more in than all they which have cast into the treasury: For all they did cast in of their abundance: but she of her want did cast in all that she had even all her living.”